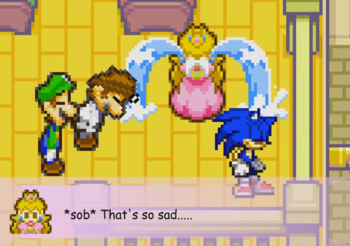 Don't hold in your feelings, Princess. Just let them out!

Believe it or not, not a lot of Newgrounds Mario parodies at the time had very heart-wrenching moments. And with the reboot in the works, it doesn't look like they will be stopping anytime soon...