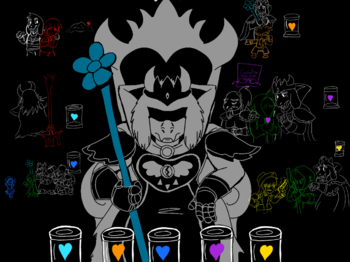 “but tori’s been through hell, and now it’s taken its toll.”

This story has even more emotional moments than in canon.