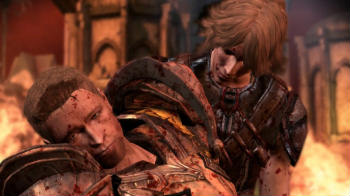 "And should you perish, know that your sacrifice will not be forgotten... and that one day, we shall join you."

Nature of the Beast

A Paragon of Her Kind

The Arl of Redcliffe

The Urn of Sacred Ashes