Series / The Other Siders 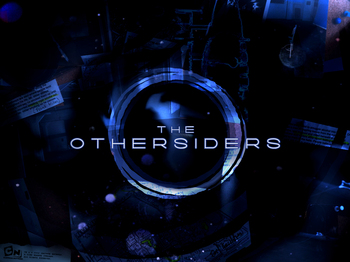 The Othersiders title
The Othersiders was a paranormal reality on CN Real, Cartoon Network's live-action block. It ran from June 17, 2009, up to October 30, 2009. It features high school students investigating various Californian locations reported to be haunted.
Advertisement: