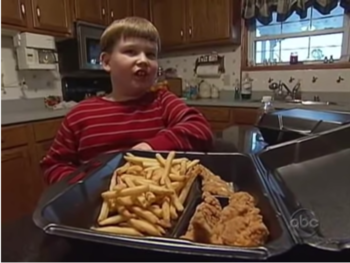 Chicken nuggets is like my family
Brown/Holland is the 18th episode of the 5th season of reality show Wife Swap. It originally aired March 27th, 2009 in the United States. It is the one of the most famous and acclaimed episodes of the series due to the performance of Curtis Holland becoming a viral hit on the Internet.

Let me tell you something: Tropin' is good for me!