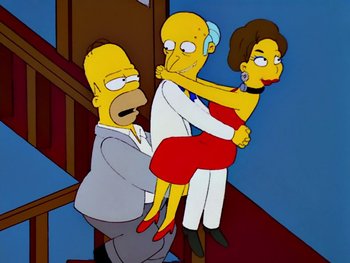 Thanks to Homer's temporary job as a Chinese fortune cookie writer, Mr. Burns falls in love with Gloria (voiced by Julia Louis-Dreyfus), a police officer who used to date town criminal, Snake Jailbird.