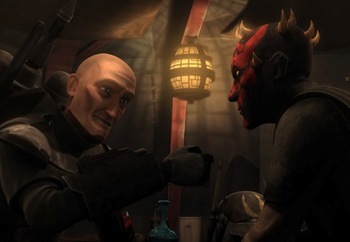 One vision can have many interpretations.
Advertisement:

Maul and Savage take over Death Watch, the Black Sun, the Pyke Syndicate, and the Hutts in order to rule the criminal underworld of the galaxy.