Recap / Star vs. the Forces of Evil S1 E21 "The Banagic Incident" 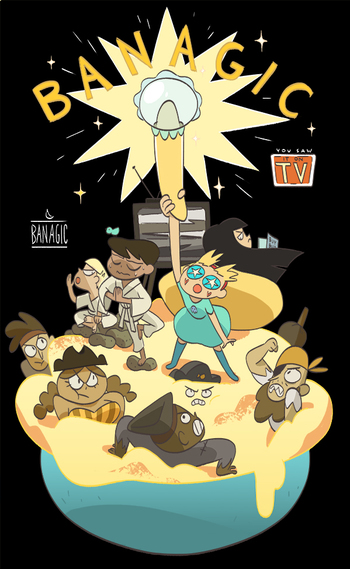 Star becomes obsessed with a 'magical' Earth product, and goes out to get it. With Marco busy at karate class, Star's ignorance of Earth culture gets her in trouble.