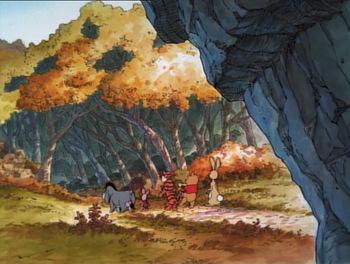 Aw, Pooh's Grand Adventure is just another happy-go-lucky Pooh Bear movie. It's not like the series to get all dark and scary, right?

WRONG! Otherwise, why would it have this page in the first place?