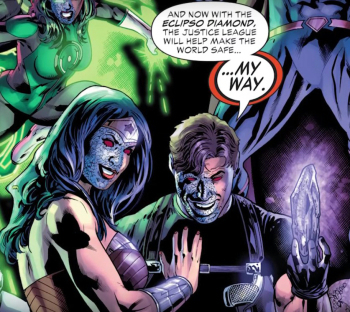 Wouldn't be DC Comics without a nice healthy dose of Nightmares, eh? Let's count some of the best: