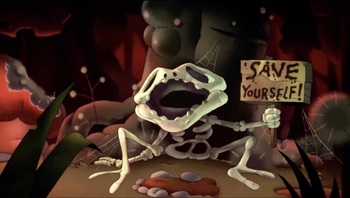 Who thought this was a good idea to show children?!