Music / The Concert for Bangladesh 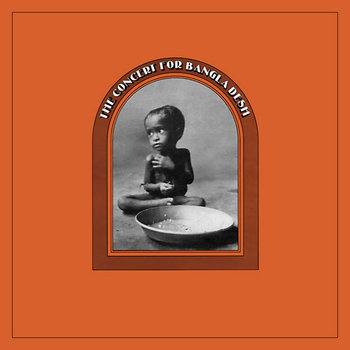 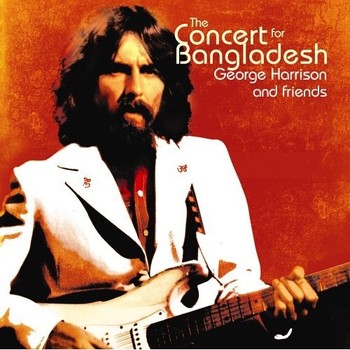 "My friend came to me,
With sadness in his eyes.
He told me that he wanted help
Before his country dies.
Although I couldn't feel the pain,
I knew I had to try.
Now I'm asking all of you
To help us save some lives."
—"Bangla Desh"
Advertisement:

A bit of a background: In 1970-71, Bangladesh (at the time East Pakistan) was in a major humanitarian crisis; the 1970 Pakistan election which saw the pro-Bangladeshi faction easily win the majority of seats was annulled by West Pakistan's government, and Bangladesh was put under martial law which culminated in a brutal 1971 genocide

. Not helping matters was the 1970 Bhola Cyclone

that was one of the biggest natural disasters to date. It had come to George's attention after he was having a conversation with Indian musician Ravi Shankar in June 1971. George released the charity single "Bangla Desh" to call more public attention to the issues facing the Bangladeshi people.

On 1 August, 1971, George held two concerts in New York City's Madison Square Garden, not only featuring his backing band and Ravi Shankar, but also guest performers such as Billy Preston, Eric Clapton, fellow ex-Beatle Ringo Starr, Leon Russell and Bob Dylan (in his first major concert appearance in five years). The proceeds of those concerts were sent to help aid the Bangladeshi refugees situated in India.

Four days after Bangladesh finally became an independent country after winning their Liberation War against Pakistan with India's aid, the album was released to international commercial success, winning the 1973 Grammy for Album of the Year and serving as an inspiration for future multi-artist benefit performances such as Live Aid. Down the line, the album saw a 2005 remaster - with the revised cover seen at the bottom to your right - and a fortieth anniversary reissue in 2011.

This live album contains examples of: