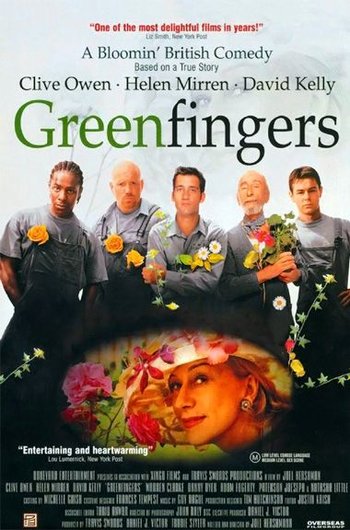 Colin Briggs (Owen) is a man who has given up on life. Nearing the end of a long sentence for murder, Colin is transferred to Edgefield, a minimum-security prison in the Cotswolds. Once there, Colin meets Fergus Wilks (Kelly), an eccentric "lifer" who gives Colin an unwanted packet of seeds as a Christmas present. He begrudgingly plants the seeds in Edgefield's hard, infertile soil and, much to both men's surprise; the seeds flourish along with the two men's friendship. Impressed by the sight of the blooming flowers, the prison Governor (Clarke) commissions Colin, Fergus and three other inmates to cultivate Edgefield's first garden. When the prison garden attracts the attention of flamboyant gardening expert, Georgina Woodhouse (Mirren), she offers to sponsor the inmates in their first garden show. As a result of gardening, Colin gains a renewed lease on life, a newly found love for Georgina's daughter (Little) and a chance to compete at the Hampton Court Palace Flower Show—the largest outdoor garden event in the world.