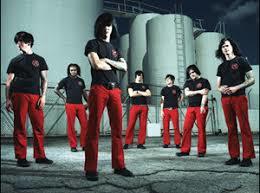 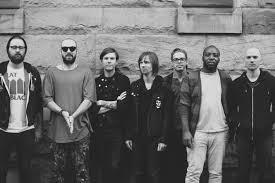 Showbread was a post hardcore, electronica, punk, noise rock, indie, alternative rock (well you get the idea), band originating from Guyton, Georgia that was formed in 1997. Showbread began their humble career as a church worship band before members became interested in other styles of music. Said styles tended to be excessively loud, and/or rambunctious. This prompted the bands church to kick them out. Five years of toiling away on the underground scene, and three angst filled records later the band was picked up in 2004 by Seattle Based “Tooth & Nail Records”. It was the first release on this record label that they really defined their sound (well as much as a sound of this type can be “defined”), and introduced the world to "Raw Rock" with No Sir, Nihilism Is Not Practical. The band’s brand of spastic rock didn’t exactly win them worldwide fame, but it did gain them a small but loyal fanbase in both the christian and secular market.

The band continued releasing records at a fairly consistent rate over the next twelve years while cycling through a lot of members, nineteen to be exact, with the number of members currently in the band ranging anywhere from seven to three at a time. The only two consistent members throughout the bands life were founder and bassist Patrick Porter, and lead vocalist Josh Dies who was the primary creative force for much of the bands later albums. Finally after going independent, and nearly self destructing during the creation of the Rock Opera concept album/movie duo Cancer, the band decided to lay the showbread title to rest. One reunion of many of the band members, and a final album later showbread was showdead in 2016. However the spirit of the band still lives on in the many side projects of it’s members.

In case the name of the band or their bio didn’t clue you in, Showbread is a Christian Rock band. However this didn’t keep them from causing a lot of controversy by writing about a wide variety of topics, including hypocritical Christians, abortion, and zombie movies. As previously discussed the music style of the band evolved a lot over the course of their career. Covering nearly the entire range of Mohs Scale of Rock and Metal Hardness, the band covered everything from soft acoustic ballads, and indie rock, to industrial rock and hardcore.

The final reunited lineup consisted of:

Tropes associated with the band or their songs: