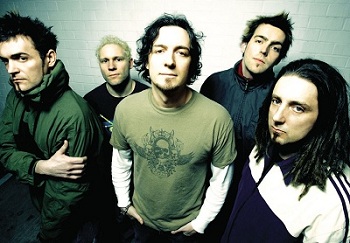 A British industrial-metal (and later on, electronic-rock) band formed in 1989. Initially playing a minimalistic, sludgy, and very heavy variation of industrial metal reminiscent of Streetcleaner-era Godflesh, Pitch Shifter later added elements from electronica, such as drum 'n bass and jungle-inspired percussion, resulting in positive critical attention and relatively good (though still modest) sales for releases like www.pitchshifter.com. Since their (to date) last album release PSI in 2002, the band has become largely dormant, only playing the occasional festival and releasing an EP.