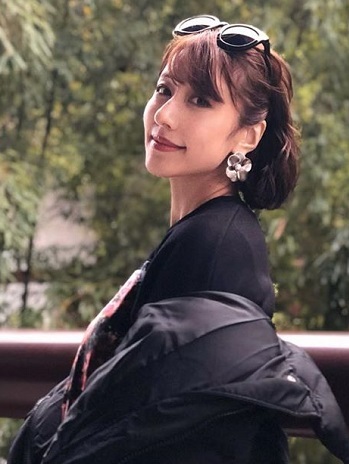 Born June 1, 1988 in Wakayama-ken, Japan, Nami Tamaki had always dreamed of becoming a singer from a young age. She is known for her radiating positive attitude and smile. In her mid-teens, she moved to Tokyo and attended many dance schools and auditions. In a Sony Music Audition, she performed Survivor by Destiny's Child and was selected out of 1000 contestants.

After the anime Mobile Suit Gundam SEED came out around 2002, Nami Tamaki's 2003 debut single's Believe was chosen to be the third opening theme, seen here

. In 2004, she released her first album, titled Greeting, under the record labels Sony

.She has had a few other anime and game industry tie-ins, as well as a few roles in stage plays, most notably the Japanese version of High School Musical, and films, such as the live-action movie version

of the anime Lovely Complex. Since 2009, she has released music under the record label Universal-J

simply under the name Nami.

In her earlier years, she was popularly known as the Princess of JPop. Her music style shifts along the genres of JPop, dance-pop, pop-rock, R&B, and Disco. (That's right. You heard me. DISCO.) She currently has released five albums, 19 singles, and has compiled a few covers of other various songs from other artists. For more on her, check out the other wiki here

In 2014 she started having trouble singing and sought treatment. She was diagnosed with a chronic condition of vocal nodules

. Unfortunately, she has not released any new music since June 2015 as a result.