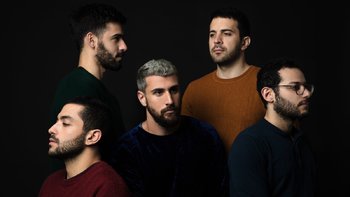 Mashrou' Leila (Arabic: مشورع ليلى) is a electro-alternative-rock band from Beirut, Lebanon. Formed in 2008, Mashrou' Leila is composed of five members, and mostly sings in Standard or Lebanese Arabic. Mashrou' Leila is well-known in the Middle East and further for their articulate and culturally resonant lyrics, satirizing and criticizing Lebanese politics and society.

The band has five studio albums to date, with the sixth currently in production.