Music / Kid Creole And The Coconuts 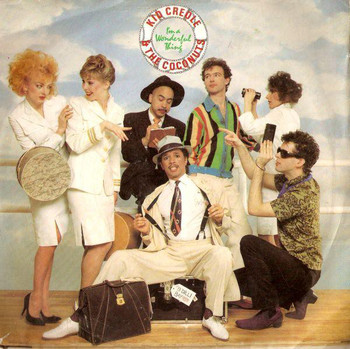 Kid Creole and his Coconuts in 1982
Kid Creole and the Coconuts are a long-running latin pop group from New York, revolving around singer/songwriter/producer August "Kid Creole" Darnell. Already an experienced writer and producer, as well as a member of the Big Band-influenced Disco ensemble Dr. Buzzard's Original Savannah Band (with his brother Stony Browder and singer Cory Daye), Darnell and Dr. Buzzard percussionist Andy "Coati Mundi" Hernandez formed Kid Creole and the Coconuts in 1979, extending the eclectic musical stylings and clever humor that had been the trademarks of their previous band.

Though critically acclaimed in their homeland, they achieved much greater success in Europe.

Tropes in the work of Kid Creole and the Coconuts: