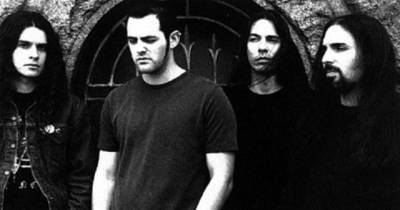 Khanate were a drone Doom Metal band formed by Sunn O))) guitarist, Stephen O'Malley. Like Sunn O))), they are known well for being Nightmare Fuel in music form. Other band members are James Plotkin (bass), Alan Dublin (vocals), and Tim Wyskida (drums). Their band name is a term for a government or country which is under a ruler known as Khan, usually in ancient Asian countries.