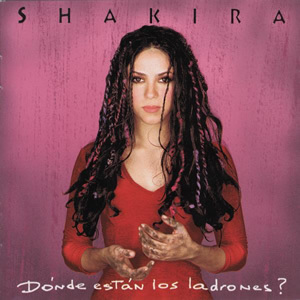 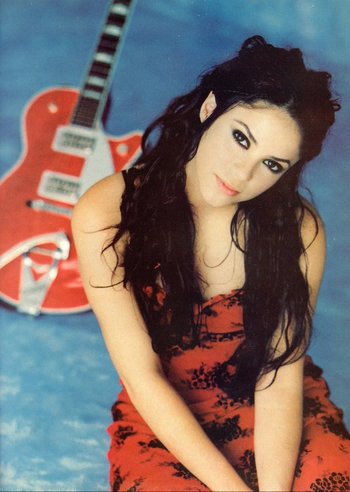 ¿Dónde están los ladrones? is the second official Shakira album, released in 1998, still entirely in Spanish but after she had gained popularity across Latin America.

This album was marketed to be Shakira's break into the US music stage, obviously the Latin market, with her new manager Emilio Estefan (husband to Gloria Estefan). The title for the album translates to "Where are the thieves?", referring to an incident where a bag containing her lyrics (all handwritten originals because it was The '90s) were stolen at Colombia's national El Dorado airport. These songs were lost, as a 19-year-old Shakira experienced a mental block because of the trauma of being a victim of theft, and after some downtime she began anew on the album, reinvigorated and with a new theme.

After the album's success, it was exported to several countries in Europe, and Gloria Estefan encouraged Shakira to re-release it in English. Her lack of knowledge of English caused her to decline, however, though she did at least write English versions of a couple of the songs to see if bilingualism could be achieved lyrically. She proved this, though many fans throughout her career have said that her Spanish lyrics are more poetic — though this may be due to factors other than purely Shakira's Language Barrier.

The album has been certified 23 times platinum in North, Central, and South America, and Spain. In particular, it did extremely well in Argentina.