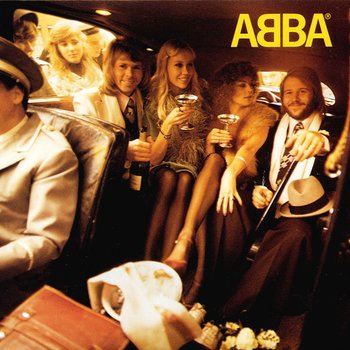 Look at me now, will I ever learn?

It contains well-known hits such as "Mamma Mia" and "SOS", and launched them into superstardom in Australia. Even though the Eurovision Song Contest win the year before made them a household name in Europe, this album began to make them well-known in other parts of the world and made them leave the One-Hit Wonder stereotype that many Eurovision contestants usually suffer from.

It is also notable for its Genre Roulette nature. Besides the straight pop they were known for, this album dabbles into genres such as rock and roll ("Mamma Mia", "Hey, Hey Helen", "So Long"), schlager ("Bang-A-Boomerang"), and even reggae ("Tropical Loveland").

Interestingly, this album contains a high number of unreleased tracks that didn't survive recording sessions. "Baby" was re-written as "Rock Me", "Crazy World" and "Medley: Pick a Bale of Cotton/On Top of Old Smokey/Midnight Special" were used as the b-sides and are featured as bonus tracks on the 2001 re-release, and "Here Comes Ruby Jamie" and "Rikky Rock 'N' Roller" have yet to be released in full.