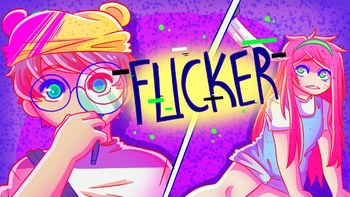 "Each time the lights go out, one of you will be plucked just like a flower and after that it is up to you to decide whom you think the killer is."
Advertisement:

A two part animatic series based off the Roblox game Flicker. It is drawn by SonaDrawzStuffYT