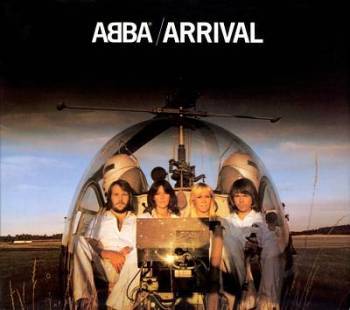 You can dance, you can jive, having the time of your life...
Advertisement:

Arrival is the fourth studio album by ABBA, and is considered their best. It was released in 1976 and contained very well-known hits such as "Dancing Queen", "Money, Money, Money" and "Knowing Me, Knowing You" and launched them into super-stardom, eventually erasing their identities as just the winners of the 1974 Eurovision Song Contest.