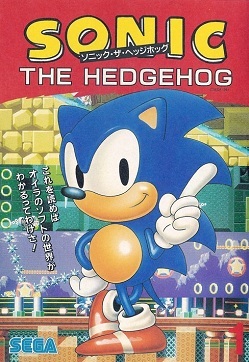 Sonic the Hedgehog Story Comic is a 1991 three-volume manga published in the Japan-only magazine Mega Drive Fan, intended as a prequel and tie-in to the first game in the Sonic the Hedgehog series. Also contains a rarely referenced origin story for Sonic in human society.

You can read more about this manga here.

Contrast to the Sonic the Hedgehog Promo Comic.