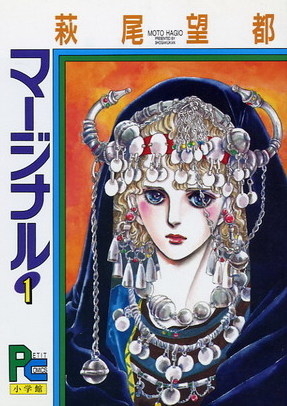 The whole world is agitated. Holy Mother, the only individual capable of producing children, is aging and the future seems uncertain. In such circumstance, a group of people from the desert appear in the city, who show special interest in the Sanctuary. And why in a medieval-looking world do modern inventions such as helicopters exist and why do the people fear them?

Marginal is a BoysLove manga by famous creator Moto Hagio. The series stands out by intricate plot in a rich sci-fi and dystopian setting. At its core, the story explores the relationship between sexes, the role of reproduction in human's perception of the meaning of life, and the role of science in civilization. Also expect a lot of twists.