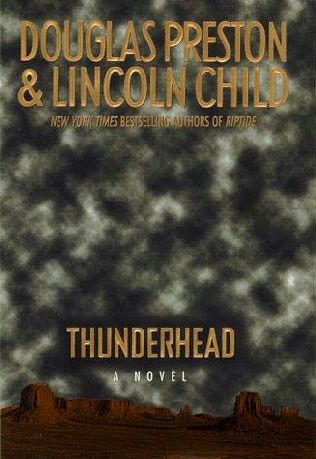 Thunderhead is a novel by Douglas Preston and Lincoln Child, first published in 1999.
Advertisement:

The story follows Nora Kelly on her search to uncover the truth about her father and his possible discovery of Quivira, a mythical Anasazi city of gold. The expedition sets out into the badlands of Utah, but the way is fraught with danger and a sinister evil seems to be lurking in the desert.