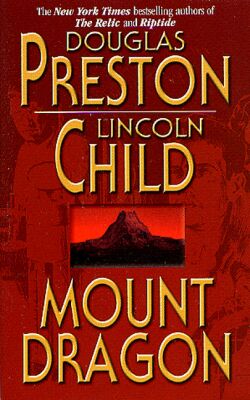 Mount Dragon is a novel by Douglas Preston and Lincoln Child first published in 1996.
Advertisement:

Dr. Guy Carson receives a prestigious position working on flu vaccines at GeneDyne's Mount Dragon Remote Desert Testing Facility in New Mexico. But as he settles into the isolation of his new home, things seem to be off. Coworkers begin acting strangely... even violently. Has there been contamination? Or is something more sinister going on? Then there are the rumors of treasure in the desert...