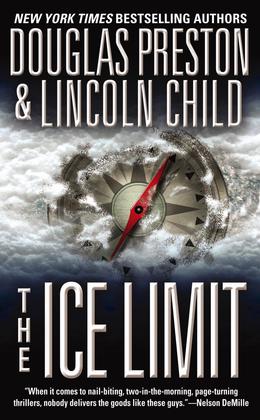 The Ice Limit is a novel by Douglas Preston and Lincoln Child first published in 2000.
Advertisement:

Sam Macfarlane was disgraced in the scientific community. His partner had left him, his wife had left him, and everyone thought he was a quack. But when he receives news of his partner's demise while unearthing a meteorite in the southern most tip of South America, Macfarlane receives the chance to redeem himself and prove his theories to the entire world by recovering the meteorite for an eccentric billionaire. He is sent with the Effective Engineering Solutions crew to recover the meteorite, a enigmatic group of scientists led by a man named Eli Glinn who promises one thing in his work - absolute success.