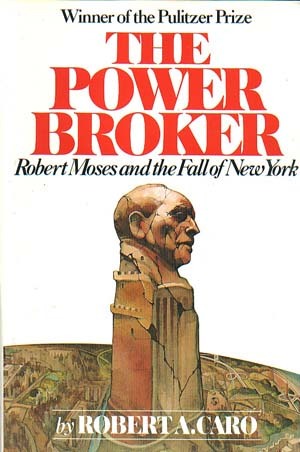 The master builder.
"Some men aren't satisfied unless they have caviar. Moses would have been happy with a ham sandwich—and power."

The Power Broker: Robert Moses and the Fall of New York is a biography by author Robert Caro of New York's "master builder" Robert Moses, published in 1974. Moses was responsible in some way for hundreds of highways, parks, bridges, and other public works in New York City and State, including Lincoln Center, the Triborough Bridge, and the United Nations. The book also includes a whole lot of history of 20th-century New York during Moses' upbringing and period in power.

The Power Broker contains examples of: