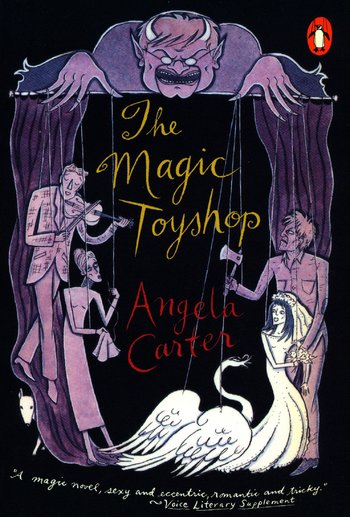 The Magic Toyshop is a British novel written by Angela Carter in 1967.

The story follows Melanie as she and her younger brother and sister are suddenly orphaned when their parents perished in a plane crash over the Grand Canyon, and had to move far away to London to live under the guardianship of the bullish and oppressive Uncle Philip, a man they don't know too well in childhood who operates a toyshop of peculiar quality. Living with him are his wife, Margaret (who doesn't speak, has been badly mistreated by her husband and has to write notes to communicate to them), and her younger brothers Francie and Finn.

Throughout her stay in her uncle's home, Melanie undergoes a growing awareness of herself, her environment and her sexuality.

A Television Movie was made in 1987, with Carter adapting her own work.