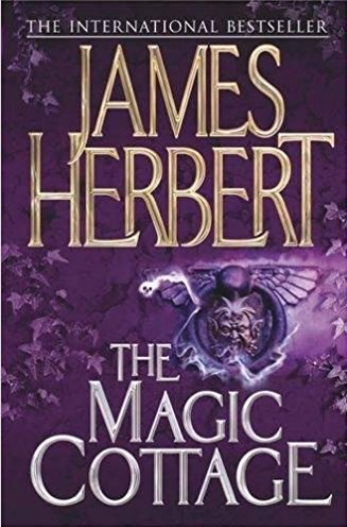 Rather surprisingly, the team of builders sent in to renovate find no trace of a previously prominent crack in the wall. At first, life here is highly contented, in some ways which seem practically supernatural; local wildlife is amazingly tame, the creative inspiration and sensual intimacy of Mike and Midge is spectacularly enhanced, and that crack in the wall seems to have just closed itself over.

On the land surrounding the cottage, Mike is unsettled by recurring glimpses of a distant silhouetted figure. A nearby mansion houses the Synergists, a mystical organisation whose leader, Eldrich P Mycroft, is ominously keen for Midge to join them. Flora Chaldean, widely held to have had some kind of healing power, is revealed to have been in a state of decomposition in the cottage kitchen long before her corpse was found. The cottage’s empathy with nature later reveals rather less benevolent manifestations, and Mycroft’s offer to help Midge contact her deceased parents has Mike worried about her susceptibility to the demands of the Synergists...