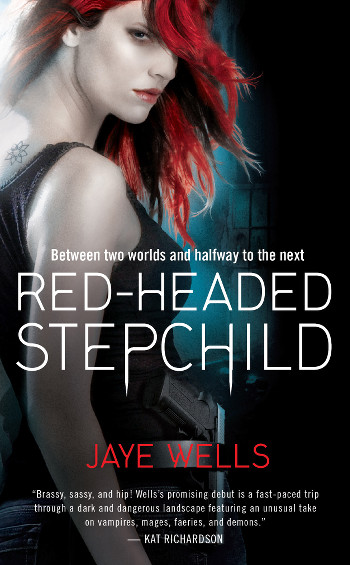 Sabina is the illegitimate granddaughter of Lavinia, one of the Dominae who rule over all vampires. In violation of the treaty between the Dominae and the Hekate Council, rulers of mages, her mother had a love affair with a mage and Sabina was the result. Due to her mixed blood she isn't accepted among her own kind, and she has been told from birth that her father's family wanted nothing to do with her. Unaccepted in either world, the only occupation she can have is assassin for the Dominae, which she performs loyally in hopes of someday gaining some measure of respect from her grandmother. When she's sent to infiltrate a rival vampiric organization, she becomes embroiled in supernatural politics, gets in touch with her mage half, and learns that very little she was taught is actually true.

The series consists of five novels and two novellas:

This novel series provides examples of the following tropes: