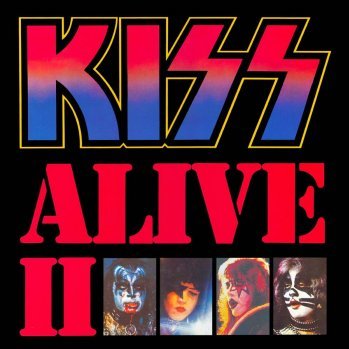 Alive II is the second live album from the American hard rock band KISS, released in 1977. As Alive! did for the first three studio albums, Alive II featured live recordings of songs from Destroyer, Rock And Roll Over, and Love Gun. However, unlike Alive!, this album only devoted three-fourths of its double-album disc space to live recordings while one-fourth of it went to five new studio recordings.

Featuring the hottest tropes in the world: