Literature / Lamb in His Bosom 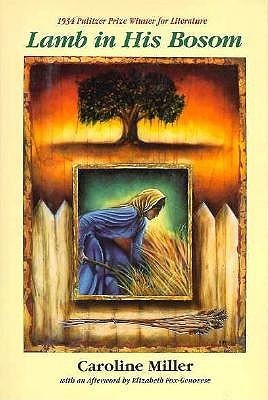 Lamb in His Bosom is a 1934 novel by Caroline Miller.

It tells the story of Cean Smith, a wife and mother in the remote backwoods region of South Georgia. At the beginning of the narrative a teenaged Cean marries Lonzo Smith, a taciturn but affectionate farmer. The narrative follows the Smiths over the course of some 25 years, from the 1840s to the end of The American Civil War, as they struggle with the hardscrabble life of peasant farmers. Over the course of the book Cean bears fourteen children and buries five, survives snakebite and panther attack, and sends a husband and son off to war. Another prominent character is Cean's brother Lias Carver, who is as hotheaded and wild as his sister is strong and dependable, and who eventually forsakes life in the Georgia backwoods.

Said to be a favorite of Margaret Mitchell, who not long after wrote Gone with the Wind about the other extreme of the social spectrum in antebellum Georgia.