Literature / For We Are Many 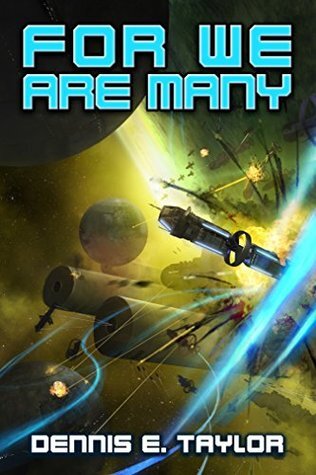 For We Are Many by Dennis E. Taylor is the second book in the Bobiverse, the direct sequel to We Are Legion (We Are Bob) and followed by All These Worlds and Heaven's River.

The many copies of Robert Johansson have spread out from Sol, exploring the universe and identifying habitable worlds for humanity. While a number of Bobs work on helping colonize the closest planets, most begin ranging farther and farther, not really interested in hanging around the "ephemerals." It's beginning to make the older generations of Bobs a bit worried.

Meanwhile, the Brazilian probe Medeiros is still out there, fortifying star systems in the name of a dead nation. Worse, the alien "Others" are slowly attacking every star within range, one by one, collecting all their resources—including any life that might have developed in the habitable zones. They have declared war on the rest of the universe, and the Bobs have no choice but to take up arms. However, the Others are technologically and numerically superior, so there is a very good chance that the first interplanetary war could end badly for the entire universe.