Literature / All These Worlds 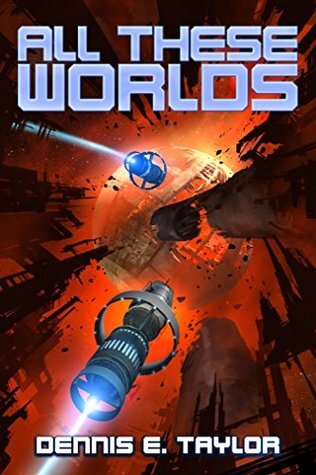 All These Worlds by Dennis E. Taylor, published in 2017, is the third book in the Bobiverse series (preceded by We Are Legion (We Are Bob) and For We Are Many and followed by Heaven's River).

The Bobs have successfully established human colonies on multiple worlds, but the threat to humanity isn't over yet. After the Battle of Delta Pavoris, the Others have finally recognized the Bobs (and by extension, humanity) as a threat – and now, Earth is on the top of their “To Consume” list.

Vastly outnumbered and outgunned, the Bobs must rally to take a last stand at Earth, but the Others aren't their only problem. Political unrest, distrust between the Bobs and the “ephemeral” humans, and an unknown quantity of Medeiros probes still threaten to destroy fragile peace on humanity's colony worlds.