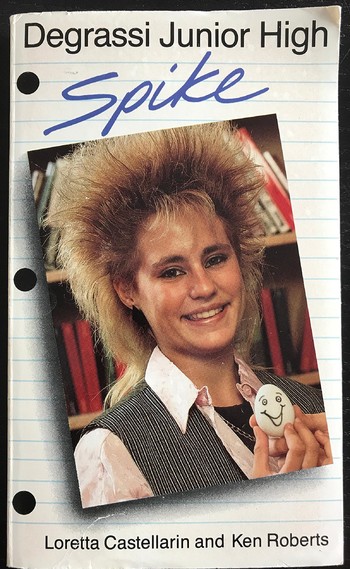 Spike holding up the infamous Eggbert.
During the show's original run, tie-in novels were published centered around a specific character. These include Spike, Joey, Melanie, Snake, Maya, BLT, Caitlin, Wheels, Shane, and Stephanie. The books are written mostly based on the characters' plotlines and from the show, although some can take a different turn altogether. A story novel called Exit Stage Left was also released, which involved the students of Degrassi staging a school play.