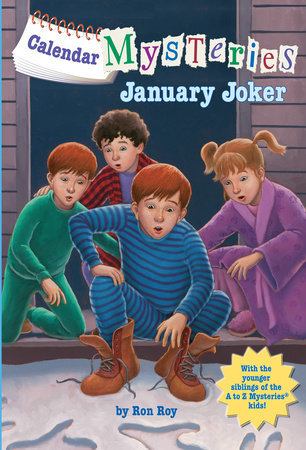 Calendar Mysteries is a Spin-Off from the A to Z Mysteries book series. This follows the adventures of young aspiring detectives Lucy, Brian, Bradley, and Nate, who are related to the protagonists from A to Z Mysteries. The series takes place over the course of a year, with each book focusing on a specific month. The 13th book takes place on New Year's Eve.