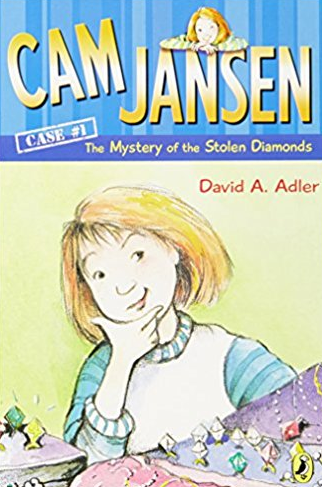 The Cam Jansen series is a long-running series of children's mysteries, written by David A. Adler, starting in 1980.
Advertisement:

Cam Jansen is a girl with a perfect photographic memory, which she uses to solve crimes, with the help of her friend Eric Shelton.

The books are aimed at kids around the ages of 7-9, despite Cam and Eric being in fifth grade.

There are over thirty books in the main series. There is also a Young Cam Jansen series which adds about 15 more.