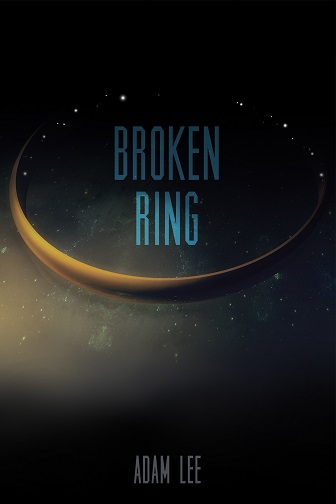 One month out of every year, the constellation of the Ring rises in the night sky above the world of Caliel.

But one year out of every ten, the brightest star is missing, and the Ring becomes... the Broken Ring.

Legend whispers that any promise, any pledge, any oath made under the Broken Ring will inevitably be broken.

The second book of The Caliel Cycle series, sequel to Dark Heart.

After the events of the first book, Myrren Kahliana and her friends have returned to their homeland. Myrren and Raine Destin, who were thrown together by chance and once despised each other, have fallen in love and are planning to be married. The only problem is that their chosen date falls in the month of the Broken Ring, a constellation considered to be a bad omen. They're advised to reschedule by friends and family, but they both consider the Broken Ring a mere superstition and ignore the advice.

However, the day after their wedding, everything starts going wrong. Myrren's best friend Shial wants to return home for her own wedding, and since she's already pregnant by her husband-to-be Kail, she can't delay long. Myrren doesn't want to miss Shial's wedding, but Raine can't come, since he has a family duty he can't forsake: to appear for the Choosing, a contest for high political office. The two of them get in a fight and end up going their separate ways.

Raine reluctantly travels to the city of Ral Vraxan, capitol of all the lands that worship the god Vraxor. With his friend Arvis by his side as his demonic bodyguard, he's ready to face off against his family's sworn enemies, the hated House of Arlavan. Until, that is, he meets the person he's competing against: the young and beautiful Lady Leah of Arlavan. Even with their houses virtually at war, and despite being rivals for the priesthood's selection, Raine and Leah become unlikely friends. He wants to believe that she had nothing to do with her family's many attempts to kill him, but how far can he really trust her?

Meanwhile, Myrren and her friends set out for Shial's home, the vast and ancient Shaelwood. But the journey of a lifetime becomes a nightmare, as she finds she's being pursued by strange, sinister beings that only she can see. Even her friends begin to doubt her sanity, until they discover for themselves that she's telling the truth...

Not to be confused with The Broken Ring: This Marriage Will Fail Anyway.