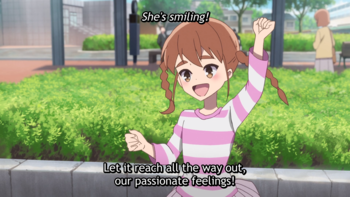 And watching these dancing corpses, you'll be smiling too.

Just because the zombies' hearts stopped beating doesn't mean they can't bring a flutter to yours.