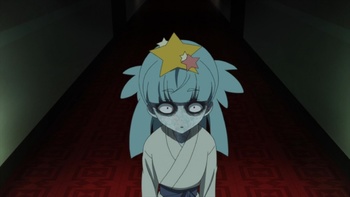 "Lights out."
While Zombie Land Saga has its share of funny moments, there are still times when it incorporates the "Horror" part of its Horror Comedy genre.General