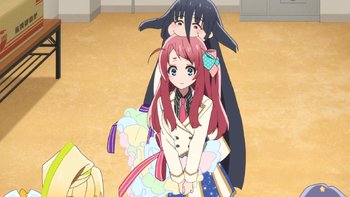 Putting the "Comedy" into the Horror Comedy genre, Zombie Land Saga surely has its share of laughs in every episode.