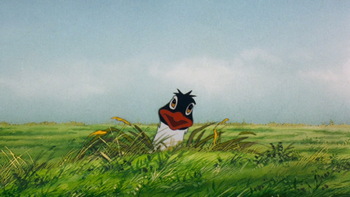 Perfect landing!
Just because this film is Darker and Edgier compared to the novel, doesn't mean there isn't any funny moment here and there.