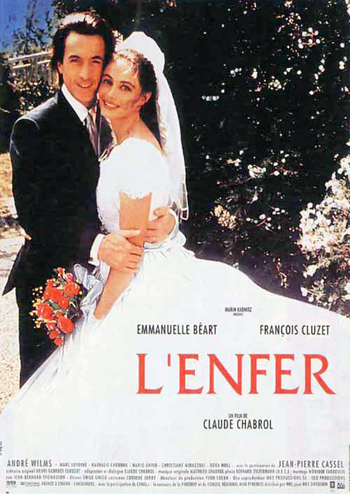 Paul Prieur (Cluzet) runs a lakeside resort. He is married to Nelly (Béart), with whom he has a son. Paul starts suspecting that Nelly may be having an affair, and despite having no concrete proof and Nelly's assurances that it's not the case, he obsesses over the possibility and grows increasingly delusional, paranoid and violent. Life for the married couple turns into a living hell as a result.

Coincidentally, there's another French film called L'Enfer made in 2005 that also stars Béart. The two films are unrelated.