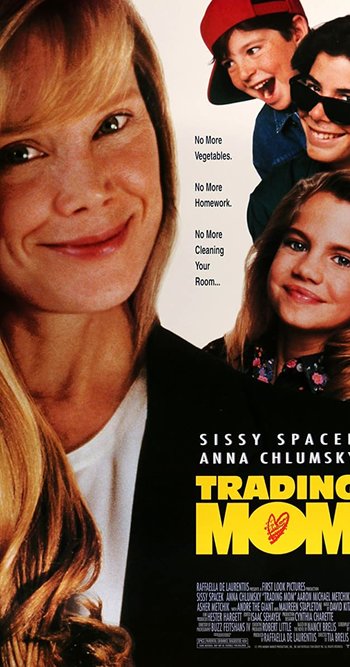 Trading Mom is a 1994 family comedy/fantasy film directed by Tia Brelis, who adapted her mother Nancy's book The Mommy Market.

Mrs. Martin (Sissy Spacek) is the mother of three kids, Elizabeth, Jeremy, and Harry. The kids all complain about their mother. When on the last day of school they get grounded for the whole summer, they take the advice of a gardener who told them about a spell that can make their mom and their memories of her disappear, and they can go to the Mommy Market to get a new mother, only the market is open for one hour a week and each group of children can only have three tokens to pick a mother.

André the Giant makes an appearance as — what else? — a circus strongman.