Film / Too Late for Tears 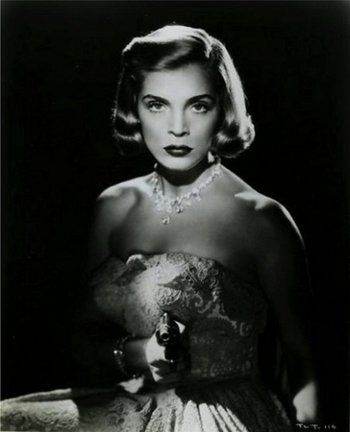 The most Femme Fatale that ever femme fataled.
Advertisement:

Too Late for Tears (1949) is a Film Noir directed by Byron Haskin, starring Lizabeth Scott and Dan Duryea.

Alan (Arthur Kennedy) and Jane (Scott) Palmer have just stumbled upon a suitcase full of cash — around $60,000 to be exact. Alan wants to give it up to the police while Jane wants it to live a lavish lifestyle. They both compromise by having the bag checked in at a train station. While Alan tries to forget about it, Jane becomes obsessed with keeping it. Soon, the bag’s intended owner, Danny Fuller (Duryea), comes to reclaim the money, but under no circumstance will Jane let that money escape, so she leads Danny on.

Meanwhile, with Alan gone missing, his sister, Kathy (Kristine Miller), and an old army friend of his, Don Blake (Don DeFore), suspect Jane is the murderer.

This film is currently in the Public Domain.