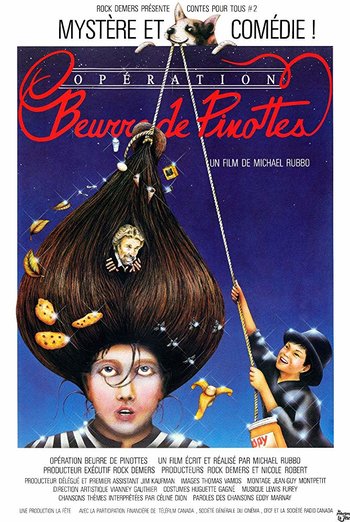 The Peanut Butter Solution is an aggressively odd Canadian children's film from 1985, part of the Tales for All series, which many adults mistake for a fever-dream they had as a child. But no, it's an actual film that actually exists.

The film concerns Michael, a regular schoolkid with an evil art teacher. One day, Michael meets some ghosts, which causes all of his hair to fall out. Luckily, these ghosts just happen to know of a magical hair growth solution. What are the odds? Of course, Michael puts too much peanut butter in the hair solution, and now his hair is growing too damn fast! "Well," you ask, "why doesn't he just yell at his hair?" Yeah, that would work, but he gets kidnapped first. Now I bet you're thinking, "It must be Michael's evil art teacher who wants to harvest Michael's hair to make magical paintbrushes." Wow, you're way ahead of us. Things get pretty bad for Michael and his buddies, but everything works out in the end. What an adventure!