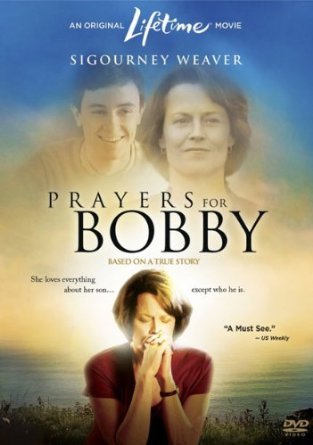 A 2009 Lifetime movie based on the true story of Bobby Griffith.
Advertisement:

Bobby is 18 years old, lives with his loving family, goes to church, and... is gay. When his mother (Sigourney Weaver) finds out, she attempts to cure Bobby with prayers and psychiatric help.

None of it works, of course, and Bobby sinks deeper into depression and self-loathing. He finally kills himself... which causes his mother to reevaluate her beliefs about homosexuality.