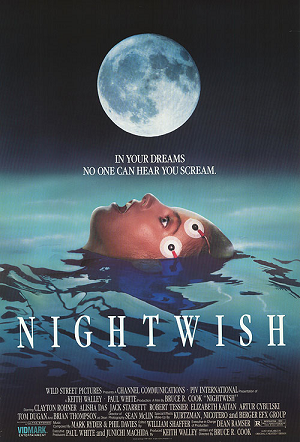 Nightwish is a 1989 horror movie. A scientist and four graduate students investigate paranormal occurrences at an abandoned mansion, where they run into various horrors.

Not to be confused with the Symphonic/Power Metal band of the same name.